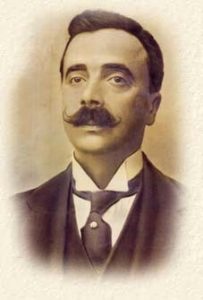 Enrico Caleffi, founder of the homoni- mous firm, started his business activity in Rome at the end of the 19th century opening a clothing shop, in Via Due Ma- celli, in the corner of Via Capo le Case. We are in the Rome of D’Annunzio cha- racterized by an élite who, taking care of their own clothes, often stop in Ca- leffi’s shop. His shop consolidates on the wave of the welfare spread in the country by Giolitti’s Minister wise politics.

Fashion and politics go hand in hand and they belong to one another. It is quite amazing that how a certain piece of clothing becomes an identity for the politicians. The dress that one wear symbolizes their personality and attitude. It gives an incredibly positive effect same as that of what physical attractiveness can offer. Especially, the politicians are being watched and followed by a large crowd of people. Dressing elite, yet meaningfully is vital. Style and trends vary with time. What seems to be trendy and fashionable today may lose their market tomorrow and people move on to different styles. But who is setting this fashion trend? Of course, the actors and politicians.

The Politicians attend a lot of public and party meetings. They inaugurate events and meets people. At times, they become the headline in the newspaper and their pictures would be published in magazines and journals. It is so important to look good and dignified while giving a public appearance. Almost all the politicians have style gurus and a team fashion of designers, who carefully choose the color and the perfect textured cloth for them as their choices greatly influence the brand of the individual. It is the commitment of the stylist to cater to the requirements of the customers. Enrico Caleffi, himself is a fashionista who loves to experiment different style. Caleffi after opening his first customized clothing shop spread the news to the public through newspapers with the address of the shop enclosed. Dressing comfortably is as important as dressing royal.

The homoni-mousis being established to target such elite customers.

That is why in 1911 Enrico Caleffi moves his shop into Via della Colonna Antonina in front of the seat of the Parliament, which becomes a firm landmark for the political class of the day. After the First World War Caleffi shop obtains a reputation especially for the style of the shirts